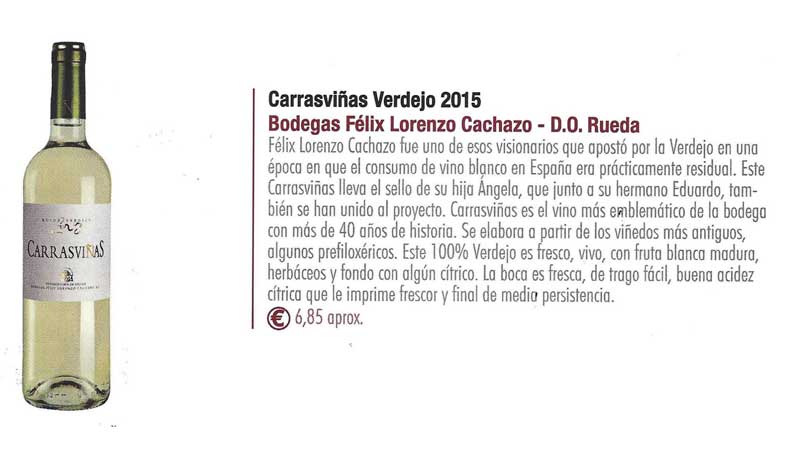 "Félix Lorenzo Cachazo was one of the visionaries who believed in the Verdejo grape in a time where consumption of white wine in Spain was almost non-existent. This Carrasviñas bears the stamp of his daughter Ángela, who together with her brother Eduardo, has joined the winery project. Carrasviñas is the most emblematic wine of the winery with more than 40 years of history. It's made out of their oldest vineyards, some of them pre-phylloxeric. This 100% Verdejo wine is fresh, alive, with white mature fruit, herbaceous and citrus fruit. The mouth is fresh, easy, with good citric acidity that gives you freshness, and a medium persistence in the finish.”